Where did the sun go?

Over the Easter weekend I got quite the tan working on the plot, this weekend not so much...

The great weather gave me the opportunity to plant out the summer cabbages and kohl robi seedlings in the brassica cages,  the marigolds in the borders and the beetroot seedlings in the pea cage where the pesky pigeons can't get their beaks on them! 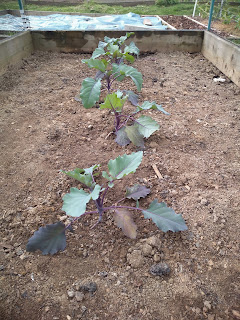 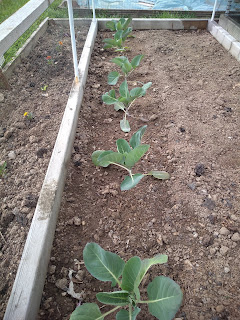 The carrots are up and the rows look good with no big gaps, the parsnips I'm not so sure about, something is coming up in places but I haven't been able to 100% identify them as parsnips yet. This makes the weeding a rather perilous affair.

I put in a half row of radishes, turnips, Tom Thumb lettuces, red spring onions, beetroot and a row each of the pea varieties in the new pea cage. The radishes took a record 4 days to appear! 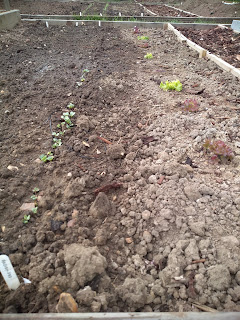 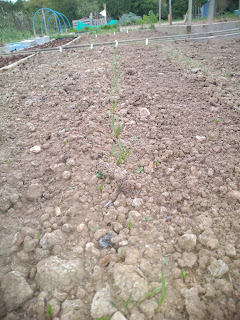 At home I've planted tomatoes, sweetcorn and chard in pots and had a good germination rate. The tomatoes are on the windowsill where they can get a couple of extra hours of light under the grow lamps, no leggy specimens for me this year I hope! The sweetcorn and chard are outside in the green house.

This weekend I wanted to get the broccoli, winter cabbages, sprouts and kale out too but it's still windy here in Essex and we are due a couple of cold nights this week so I'll leave it for a few days yet.

The red/white onions are now getting a bit big for their cells I don't think leaving them in there until the start of June is a good idea. I have been holding off planting them out until then to avoid the first wave of allium leaf miner but as I don't think they can wait I have invested in a fleece tunnel to cover them instead. I was going to buy one anyway to cover the leaks in Sept/Oct when the second wave arrives. I just need to wait for the wind to drop  a bit more so the tunnel doesn't end up next door. 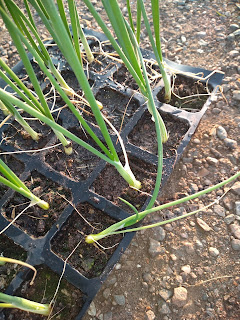 I've finally made a start on clearing the fruit bed as well. There is a lot of weed clearing to do but hopefully it won't take long to do. 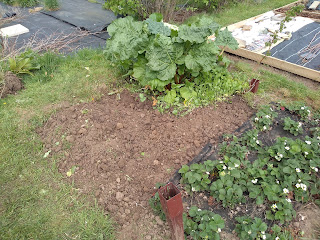 The first veg crop from this season is not the usual radish, but the asparagus which has just started to produce. I'll waiting to see if the new crowns I put in last year do anything, I suspect they won't and that's the case I'll try growing some from seed next year. 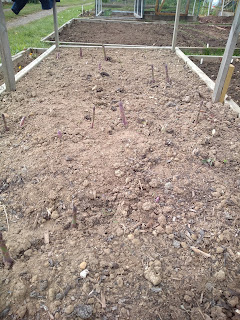 The spuds are starting to poke through now, not exactly where I think I planted them but I'll take it. I've been earthing them up as the overnight temps can still be a bit low. 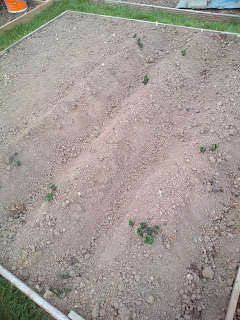 It is indeed Debs. Only squashes, beans and fennel left to plant now!!

We got away with it Sue, didn't happen in the end.

More amazingly the fleece stayed on in some pretty reasonable winds!