Even more strangeness after the courgette/marrow conundrum that Mal helped out with.

I'm not sure if it is the heat, bad labelling of seeds or if there is some kind of courgette inter-breeding going on on the farm, (well it is Essex!), but there are some strange results amongst the squashes.

On the top should be spaghetti squash and on the bottom should be pumpkins. 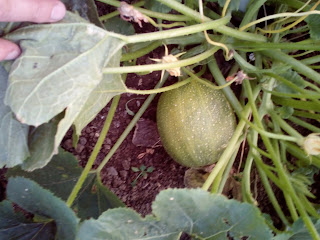 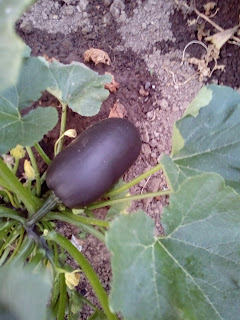 The spaghetti certainly look the right colour and shape, the pumpkins near enough, but neither are growing out on trailing vines, they are growing from the centre stalk like courgettes or marrows would.

Heather says they must be courgettes, so we should pick them, but I'm wanting to just let them grow and see what they end up like. Possibly some wierd new species. It's not like we are short of courgettes.

Total for courgettes is 41 so far this year, and so far we are managing to get rid of the surplus. I've restarted the counter but as we have so many varieties this year I'm just doing a running total.

The small Yellow Scallop patty pan style ones are just starting to come through. It didn't look like these were going to produce but it looks like they were just late starters. I've not done these before so looking forward to eating them. 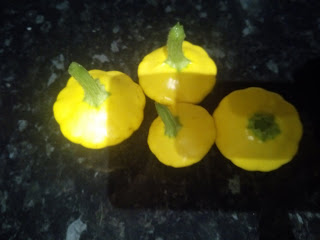 Hopefully football is coming home as I have England in the pub sweepstake, but whether it does or doesn't the veg finally is.. Looking back on previous years it seems to be a long time coming!

As you can see the courgette silly season is upon us. These plants were labelled as Long Green Bush 2 marrows, but after a heated argument with Heather and a quick Google I have to admit, they look more like courgettes, I'm assuming Zucchini, although I didn't plant any this year. Mental note to self, don't throw out seed packets just because they are empty!

The spuds are Charlottes, I haven't tried them yet but the report from people I gave them to is that they were very nice. We also have Foremost, I've had some of those and they are lovely. 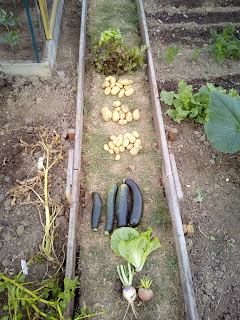 The radishes have stopped growing in this heat but a few turnips have come through so I'm using those in salads instead, they taste pretty similar. I've also been putting in matchstick cut golden beetroot which works very nicely. The salad bowl lettuces are still growing, one has bolted now but they should keep in salad despite the heat.

I've tried sowing half a row of lettuce and radish in the little bit of shade offered by the asparagus bed, they still get in the evening but are protected from the worse of the midday sun. They are coming up so we'll see if it helps. 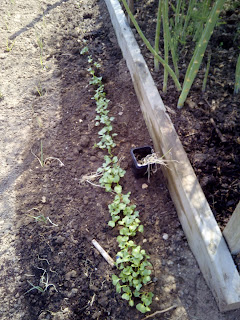 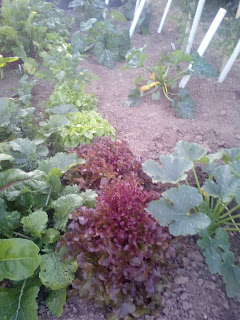 The other courgettes will be ready for harvesting soon, we won't let them get too big this year. 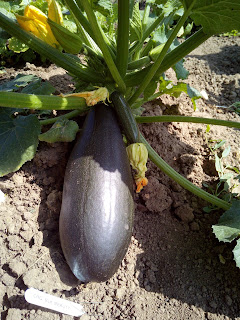 These are Black Beauty, a slight exaggeration as they are really dark green, this is the first one so I'll be trying it at the weekend.

The long yellow and green varieties are nearly there but so far none of the yellow scallops have fruited, only male flowers. 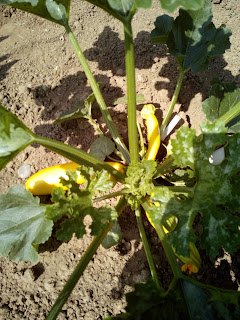 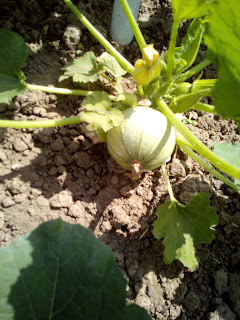 This little beauty is the first of hopefully many cucumbers, a Marketmore. I also have Burpless Tasty Green but they were slightly behind, hopefully this means a staggered crop though. Love a home  grown cucumber. 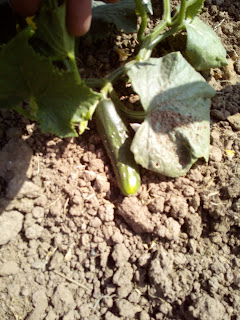 Tomatoes are slowly producing trusses and starting to set. I replaced the canes with something stronger in readiness for a huge crop, fingers crossed. 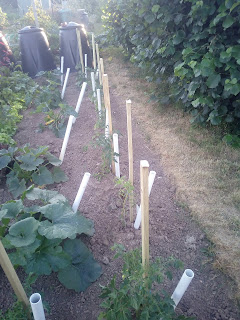 The dwarf beans are just starting to set. The purple flowers are very pretty, these are Amethyst and were really good last so we're looking forward to these. 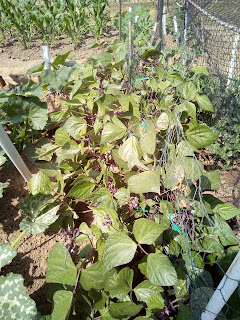 I've been planning ahead. I don't think we are heading for any kind of watering ban at the moment but just in case the council cuts us off I've filled up a 100 litre water butt which could last a week if used carefully on young plants only. There is no rain due for the next for the next couple of weeks still.

We have a parsnip!

Please note the use of the singular...one... yes one has come up. To add insult to injury I don't think its from the replanted row but a disturb original sowing.

It started to look a bit curly in this hot weather so I decided it needed a little help! 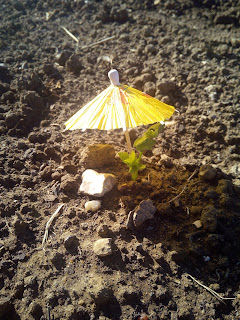 I work in the city of London, not exactly an area with a lot of allotments or large gardens for growing veggies, you see the odd grow bag on a balcony but that's about it.

Last week I had to spend some time on another company site, the walk to which took me through the backstreets of Whitechapel and Shadwell on the way to Wapping.

On a fairly busy road I passed a row of new town houses which don't appear to have any kind of garden and just a small paved yard at the front. This doesn't seem to have stopped the owners from growing their own veggies though, quite a range of pots and crops packed in there among the wheelie bins. 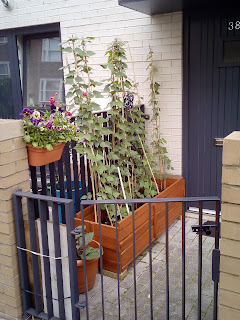 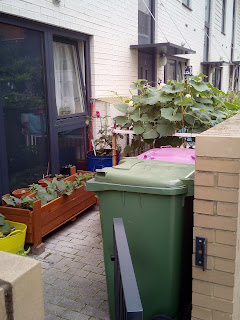 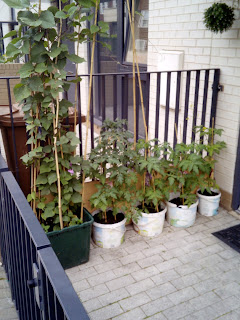 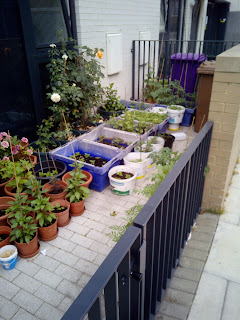 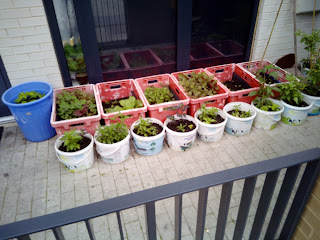 Proof that you don't need a massive space to produce your own food.

If you ever find yourself in Wapping I highly recommend the Captain Kid, Town of Ramsgate and the Prospect of Whitby down on the Thames path. 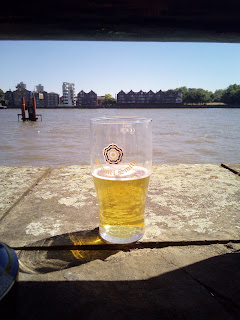 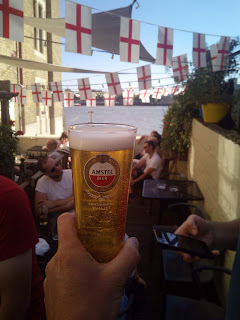