Or at least that's what it felt like this weekend.

Yes the dreaded tomato blight has hit, just when things were really getting going nicely. We had been really pleased with the choc cherry and the Alicante were a fantastic size, but alas we had one really long day of rain followed by some humid days and bang....we've lost the lot.

We've picked everything we think we can salvage and the rest have headed for the wheelie bin, its best to deal with it early rather than help ruin everyone else's crop as its wind spread. We have one plant that popped up in a different bed left unaffected, (so far anyway), and we each have some backup plants at home that hopefully will keep us supplied. With a bit of luck of last bowl of plot Toms will keep long enough for us to use them all.

A lot of people on the gardening forums and blogs we follow have succumbed so we are not alone this year, it's just a bit heartbreaking when things are going so well. A lot of seasoned plot holder don't bother to try growing them in the open space of allotment sites anymore. 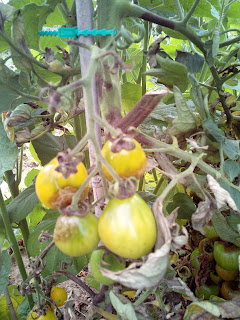 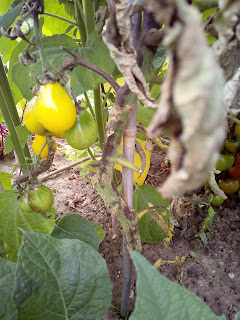 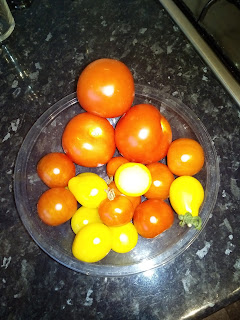 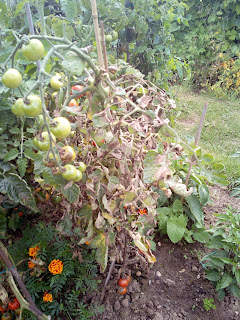 I had planted a couple of rows of Tom Thumb lettuces, which while fast growing, weren't very tasty, rather watery and bland. We were working our way through them but suddenly they all decided to bolt at once. Another addition to the compost bin!

This leaves us rather short of lettuce, down to salad bowl only in fact  as I have been a bit remiss in my planting duties of late. In desperation I have returned to buying in. A tray of Lolo Roso from the local market will hopefully plug the gap until my hurriedly planted Little Gems are big enough.

Finally, another bolter! This is the first time I've ever grown bulb fennel. I wasn't quite sure when to pick it, but as some of the bulbs looked a good size I consulted the Alan Titchmarsh gardening book. "Pick when big enough to use" he said so I made a mental note to start picking on my next trip down.

You can imagine my displeasure therefore when I got to the picking moment, and the lot had bolted, which according to Alan "makes it useless for kitchen use"............oh bugger!

I've picked a few bulbs with the least top growth to try and use them for the braised fennel and fennel with parmesan I had in mind, but as Alan knows his stuff I'm not sure how it will go. Once they bolt they get a very woody core which I'm going to try and cut around.  You can see them in the first produce pic below, the rest sadly are compost.

Learn by my mistakes and better luck, and fore warned next year!

So while it was a frustrating farm visit this weekend it hasn't been all bad news, we are still producing far more than we can use, (see the courgette count), and taking away a wonderful range of veggies. We even managed to trade some produce for a couple of drinks in the local pub, so that cheered me up a bit.

It is pics like these that make the low spots worth it. 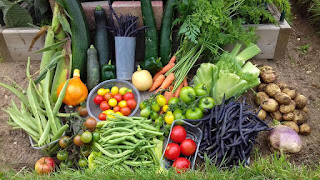 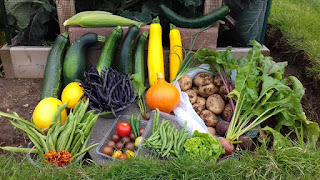 Its also a good job Heather got a bike with a basket! 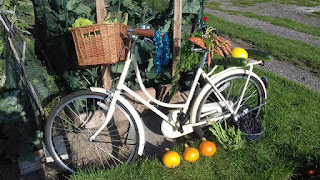 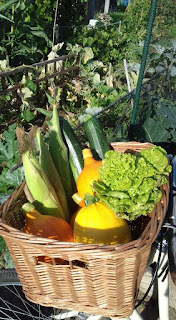 Blight - the perennial problem. It's always a lottery as to whether we will get away with it or not every year but we carry on on the hope that we will reap a good harvest? Our courgettes haven't exactly been prolific this year.

I'm sorry to hear that! I've got the same problem on my plot - together with sowing the seeds late, I can't say that I got the amount of tomatoes I was hoping for. Did you manage to get a decent yield in time?

We got quite a few before it hit. A shame though as the larger ones were just coming good.