If it's not raining, it's too cold, and some days its both raining and too cold.... not a good start.

This time last year I had some cloches set up with lettuces, radishes and turnips directly sown underneath, this year its too cold in the shed to even dig out the cloches!

It looks like this year is off to a slow start, the only digging so far is for parsnips, which are proving very successful I'm glad to report.

That said we haven't been completely idol, 33 out of 35 of the broad beans are up and to stop them getting leggy and too comfy indoors Heather has been moving out onto her balcony every morning for a touch of reality. The leeks have also been nice enough to put in an appearance. 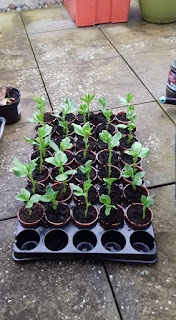 Ideally these would be in an unheated cold frame, but I haven't time to build the one I've been promising Heather for.... shall we say a little while.

Heather has been busy planting her chillies, quite a lot of them, he likes planting them in trays so they can sit on the radiator more easily for a boost of heat to get them going, she'll prick them out later when they get going. 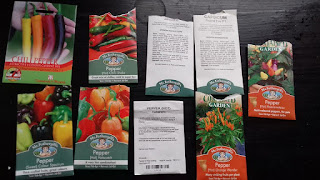 I've planted 5 pots of Cape Gooseberries, 3 seeds per pot to thin to the strongest seedling later. I was surprised how big the plants got and how many fruits they produced last year so no need to over do it.

To make a long winter evening fly by last week I decided to tackle the seed tin and the plant labels. It was a task much helped by a generous helping of red wine! All the labels from last year got a wash, and the stickers were removed for anything we aren't growing this year. The seed tin is now subdivided into the coming months and I've put any labels for the seeds in the packets to save me trying to store the things in any kind of order, ingenious I thought, for a man on the red wine! 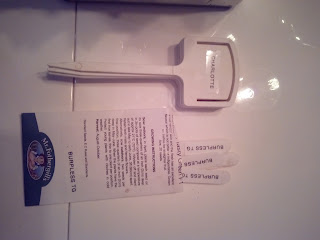 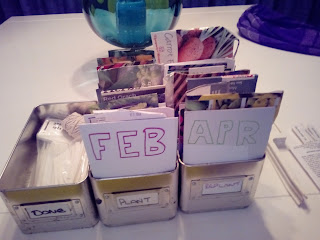 Hopefully the beast from the east will pass quickly and we can get cloches sorted by the middle of March at the latest.

We’re not sowing anything yet. Things will eventually catch up.

Celery and leeks sown in our solar shed, with one of those car windscreen things set up to reflect the light and take the chill off around them .......although the sun is shining in a blue sky at the moment ......it is blinking cold here too ! :( Your seed sorting system is looking good ! :) Debs